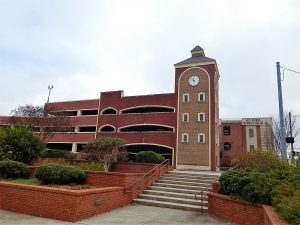 Atlanta Structural Concrete was founded in 1958 as LEAP Structural Concrete, a joint venture between a well-known Florida based engineering company, and Bristol Steel of Virginia. These were the early days of the pre-stress industry in the United States. LEAP itself had been formed only a few years earlier by the great industry pioneer, Harry Edwards, who had an important role in the formation of Prestressed Concrete Institute and is believed to be one of the conceptual creators of the “double-tee” structural profile. In the early 1960’s, Bristol took complete control of the company, and in 1967, they hired a young Georgia Tech graduate by the name of Clyde Poovey to run the company. Mr. Poovey would run Atlanta Structural for the next 40 years. In 1997, Mr. Poovey was given the opportunity to acquire ASC from the family of the Bristol Steel patriarch. That year, he teamed with EnCon United to organize a flawless transition for the company as it moved from its historical location in Powder Springs, GA to a much larger facility in Buchanan. After his retirement in 2009, ASC became a fully integrated member of the EnCon United family of companies. EnCon operates in 20 states and offers a full range of precast concrete products and services to the commercial, institutional and heavy highway construction industry. EnCon is based in Denver, Colorado.